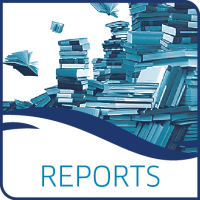 The project “Engaging the fishing industry in marine environmental survey and monitoring”, funded by the European Maritime and Fisheries Fund and running from 2017-2020 is led by Marine Scotland (a directorate of the Scottish Government) and supported by Scottish Natural Heritage (now known by its operating name “NatureScot”). Four seabed surveys were carried out in 2018 under this project using a drop-down video system commissioned by Marine Scotland and deployed from a fishing vessel in and around a total of five Marine Protected Areas off western Scotland. The objective of each survey was to collect data to be used to improve knowledge of the extent, distribution and condition of flame shell beds, maerl beds, seagrass beds, horse mussel beds and fan mussels, which are protected features of the Marine Protected Areas, and to generally improve knowledge of the type and distribution of seabed habitats in the survey areas, including those features listed above and other Priority Marine Features outside the Marine Protected Areas.